The First Vice-president of Cuba, Miguel Diaz-Canel, paid a brief visit to Bangkok on his return to Cuba after concluding an official tour that took him previously to several nations of Southeast Asia, namely China, Vietnam and Laos. The Cuban dignitary was accompanied by Division Gral. Andollo Valdés, Cuban Vice Foreign Minister Rogelio Sierra, and Manuel Alomá, Chef de Cabinet of the Vice-president.

Of particular relevance was the visit to the Wat Pho, or Temple of the Reclining Buddha, the greatest, oldest and most famous Buddhist sanctuary of the country, due to it being the host of the longest reclining Buddha in the world - 43 mts. long and 15 mts height - cradle of the traditional Thai massage, and first religious university of the nation.

The distinguished guest was received at the monastery in a remarkably friendly way by the Head Monk of the institution, Chaokun Suthee Thammamuwat, who pointed out that amongst the personalities that had visited the temple, the Cuban Vice-president was the first of its rank that he had received, at the time that, in a humorous comparison with other dignitaries, including American President Barack Obama, the high Buddhist monk predicted that the fact that the distinguished visitor had been able to stand in front of the most sacred part of the reclining Buddha, his feet, bode a politically splendor future, as much for him as for the Cuban people.

At the end of the visit, the Head Monk flattered the Cuban Vice-president with a beautiful collection of books that depicted the history and peculiarities of the temple, and requested him to sign the registry of visitors, in which the Vice-president engraved, for the history of the relations between Cuba and Thailand, his satisfaction with the visit, the deep impression caused by the Wat Pho, and the care received by the Head Monk and his collaborators. 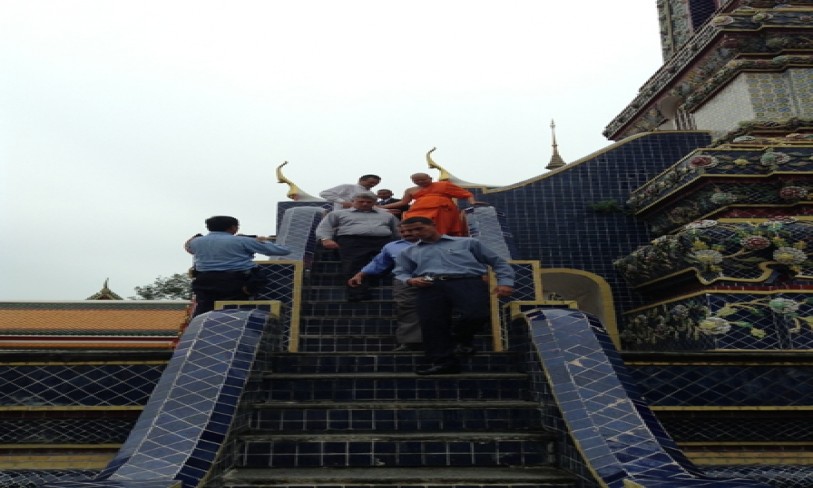 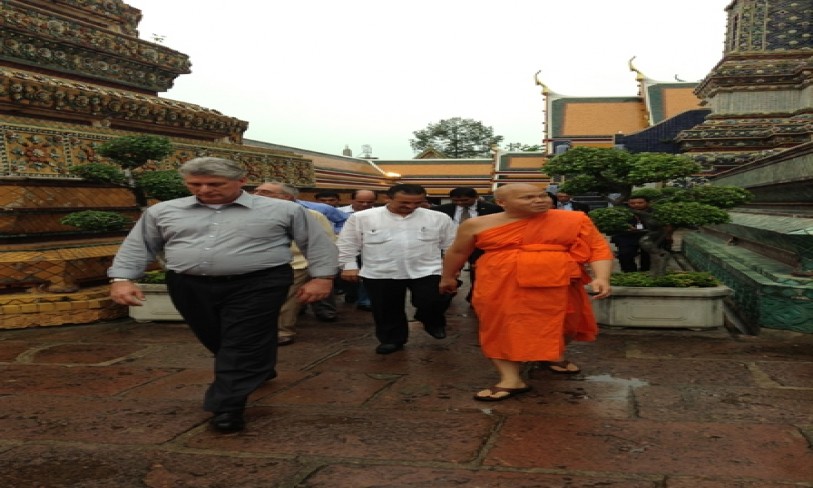 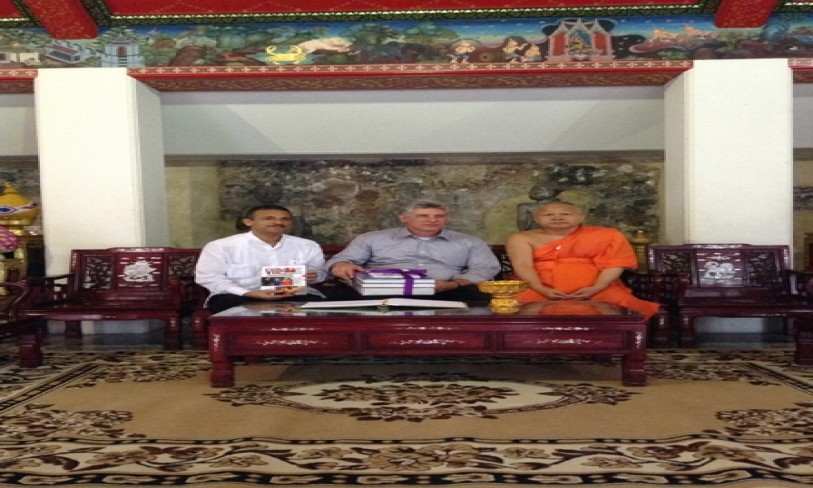 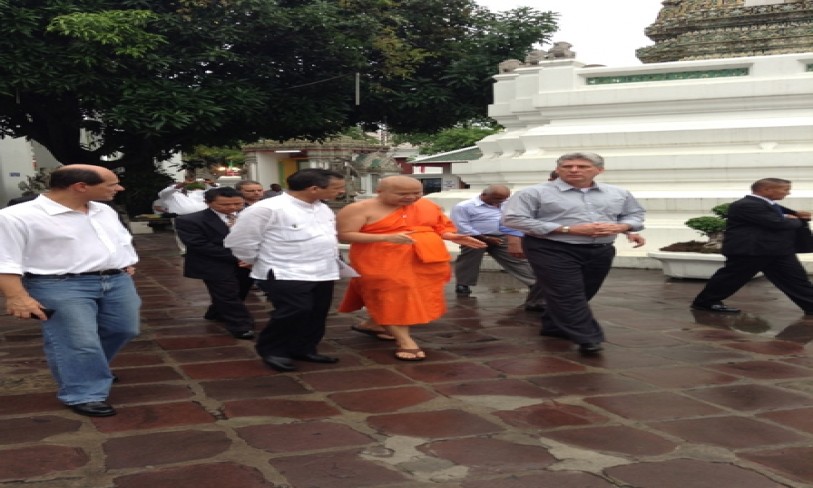 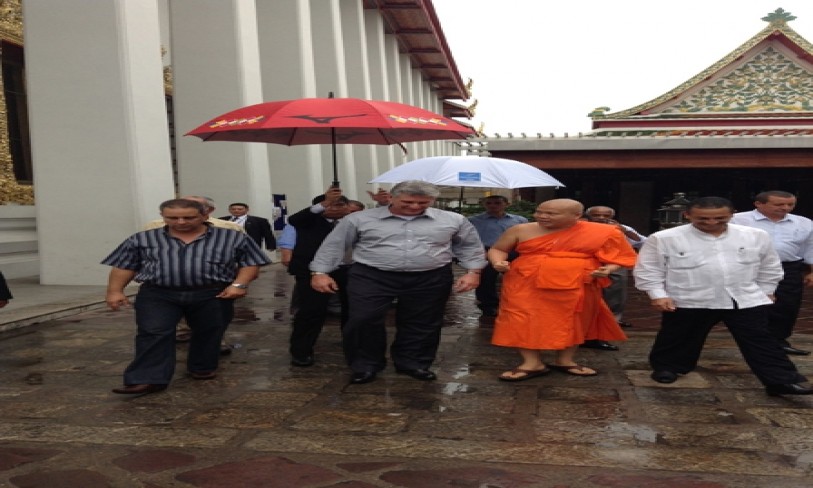 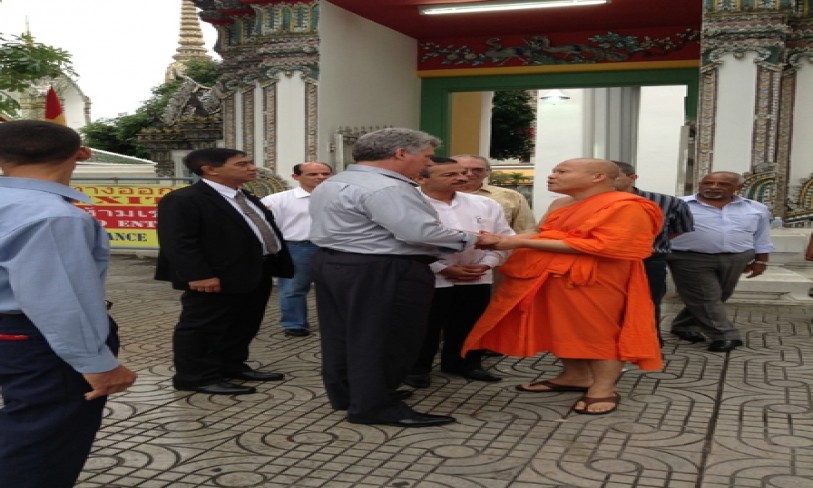 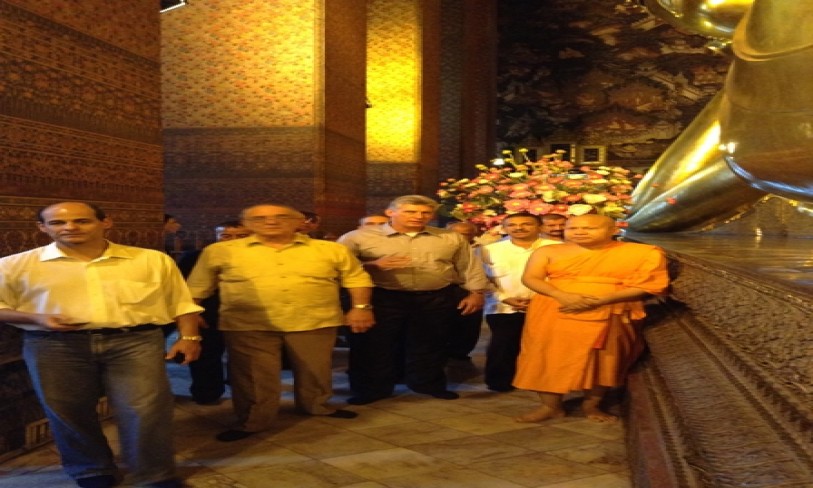 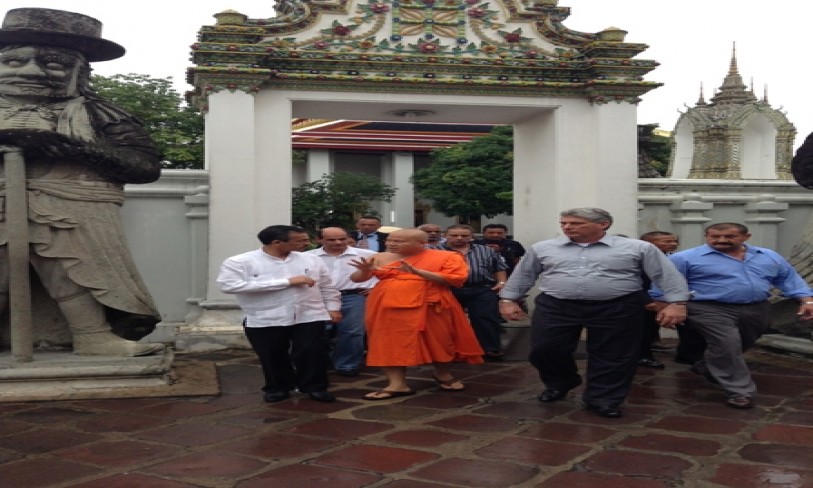 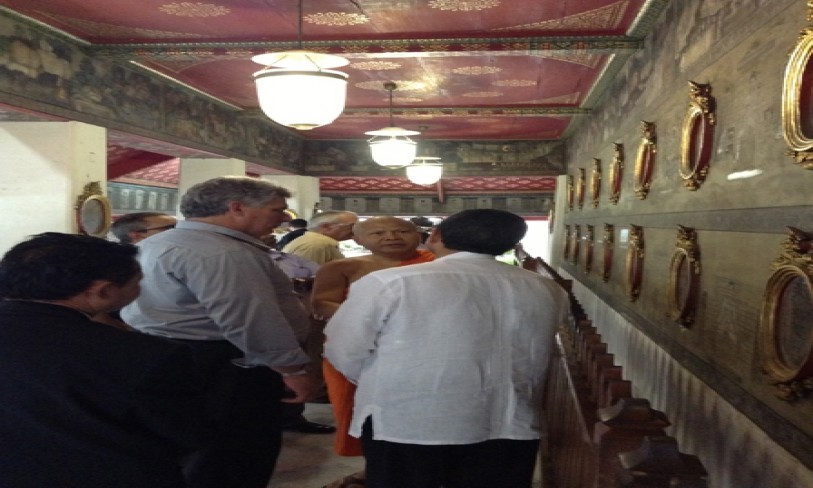